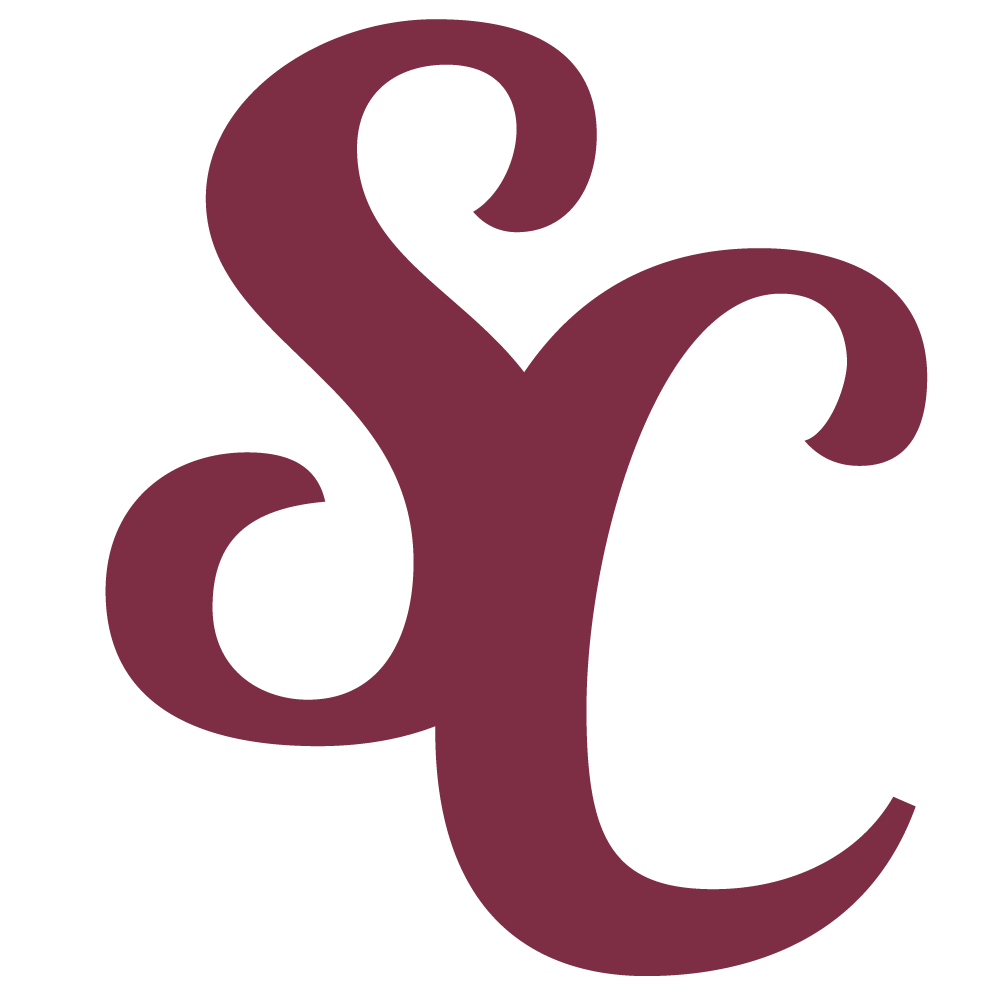 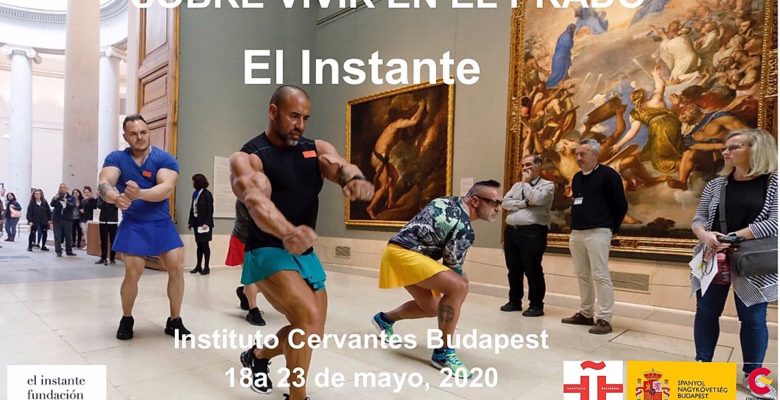 Madrid. May 19th, 2020. From May 18th, on the occasion of International Museum Day, and through Sunday May 24th at midnight, the Instituto Cervantes in Budapest is broadcasting the film “Survive in the Prado” directed and produced by El Instante on its YouTube channel. The Instituto Cervantes of Budapest started in 2019 with a program with the Museum of Fine Arts of Budapest and The National Museum of the Prado to highlight the collection of Spanish paintings of the MBAB by promoting talks between curators of the Prado and the MBAB.

“Survive in the Prado” was made as a result of the action carried out by El Instante on the morning of March 27th 2019 at the Prado Museum. The film recounts the 15 minutes that the artistic action entitled Persiles and Sigismunda lasted and the circumstances in which the shooting and the action itself took place. The film, produced by El Instante, is formed by 4 parts, as many as the directors were invited to participate: Pablo Llorca, Gabriel Velázquez and Javier Rebollo, who join the section directed by JM Sicilia. This film would not have existed as such if the action had not been deleted from the Prado Museum’s website a few hours after it was produced.

The fictional documentary shows the performance of singers, dancers, bodybuilders, audience and people from the culture scene, who acted as living and real characters in a play that was offered by surprise to the visitors of the Museum on the International Theatre Day. Its objective, to propose a new relationship between the public and the art, from the contemporary point of view of the new creators and, without a doubt, a tribute to the artists represented in the Museum. This project gave entry to music, theatre, dance, photography, cinema, architecture and poetry in El Prado. Persiles and Sigismunda, Cervantes’ characters, open the time of a new disappearance, that of the kingdom of waiting, of the appearance and disappearance of images, the kingdom of the Prado, not as an institution but as a space for art and artists. The characters that appear in the film do not belong to any world and can go through all of them. Their performances are clips of just 1 or 2 minutes, glimpses of the works that inhabit the Museum.

Film. Technical summary
Original idea, direction and production: El Instante Fundación
Directors:
– “Survive in the Prado”. JM Sicilia
– “While Fatima Miranda is acting”. Pablo Llorca
– “Whales”. Gabriel Velázquez
– “The works of Persiles and Sigismunda”. Book one. Book Three (“The Portrait of a Teenage Artist”). Book Four. Book Five (“Shipwreck in El Pardo”). Javier Rebollo
Duration: 39 minutes
Year: 2020
With the collaboration of AC/E
This film was made on the occasion of the Prado Museum’s Bicentennial.

Biographical notes
JM SICILIA
Painter, engraver, sculptor and visual artist, began his training at the Faculty of Fine Arts of the UCM (Madrid). The works of José María Sicilia are present in important public and private collections in Europe and the United States and Asia at the MOMA, Guggenheim, National Museum Reina Sofia and Pompidou among others. In 2017 he founded the Instant Foundation which carries out projects on the reality of the present moment.

PABLO LLORCA
Pablo Llorca is a filmmaker, author of numerous films with his production company “La bañera roja” since 1989. He teaches History of Photography and History of Film at the University of Salamanca. He has curated many exhibitions such as “Alfred Hitchcock, más allá del suspense” (Fundación Telefónica), “Arte termita contra elefante blanco” (Fundación ICO) and “Mensurable” (CDAN).

GABRIEL VELÁZQUEZ
Salamanca, 1968. Self-taught filmmaker, he started with cinema by chance, when he auditioned for a friend’s short film in 1995. Since then he has produced his first short film in 1996, which won the Luis Buñuel Film Award with “En Madison siempre es lunes”. His films “Sud Express” (2005), “Amateurs” (2008), “Iceberg” (2011), “Arctic” (2014) released in the Berlinale 2014, “Blue Blood Analysis” (2016) or “Zaniki” released in 2019 at the Cineteca in Madrid have obtained important national and international awards and recognition. He codirected “Subterranean” with Manuel García and will be show 2020. Currently he is working on a new film “The English Alpineer”.

JAVIER REBOLLO
He directs and produces short and feature films, “What I Know about Lola” (2006), “The Woman Without the Piano” (2009) and “The Dead and Happy” (2013), both of which he and other filmmakers recently made, “For the War” (2018) by Francisco Marise. As a director he has won, among others, three times the FIPRESCI award from international critics, the Silver Shell for Best Director at the San Sebastian International Film Festival, the award for Best AFI Film in Los Angeles (USA), and twice the award for Best Film in Nantes and Toulouse (France) or Seoul (Korea). He teaches directing, documentary and contemporary art in schools and universities in many places. He is a lecturer and performer. He is currently working in Morocco and France on “Dans la chambre du Sultan”, his new film.

EL INSTANTE FUNDACIÓN
El Instante Fundación arises in Madrid, 2017 with the objective of carrying out a reflection on the present time in our lives. It was born as a transversal project that promotes collaboration with other foundations and institutions. El Instante Fundación has two natures: an institutional one that promotes projects and actions of a very different social, scientific and cultural aspect and a second one, creative, that manifests itself through actions and works.

El Instante, both the Foundation and the artist, brings together a group of people from different fields and specialities of science, culture and, naturally, art. Since its inception, it has carried out, as its own projects or in collaboration with other institutions, exhibitions (Christian Boltanski, Nam June Paik, Miguel Ángel Campano and other exhibition projects around themes of reflection such as survival, folding, or loss.

Música en el Instante carries out concerts, codified music and a programme of commissions for new music about time, food and elegy. Among other composers who will join the project are Juan Manuel Artero, Jorge Fernández Guerra and Tomás Marco. Currently is working with composers David del Puerto, Jesús Rueda and Javier Arias on a Zarzuela titled “Se Vende”, about public overexposure in contemporary society, covid19 and corruption.

El Instante as an artist has conceived, among other projects, installations such as “Shedding Skin”; the actions “Auction of Time” or “Hoshikuzu Yatai”, this last one in Japan and “Persiles and Sigismunda” at the Prado Museum.

El Instante Ediciones has produced artist’s books such as the photo book “Las Patrañas de Miguel Ángel Campano” by Javier Campano. Own editions like “Aló Presidente” or in collaboration with Calcografía Nacional, the “Dream Library” from images created by people who are not artists.

In addition to these projects, the Residence Programme welcomes artists and non-artists in their desire to build bridges between people and knowledge, offering a space suitable for work and reflection.

THE CERVANTES INSTITUTE OF BUDAPEST
The Instituto Cervantes of Budapest promotes cultural cooperation through the organization and collaboration in a diversity of activities that present, both from a historical and contemporary perspective, Spanish and Latin American artistic creation, working closely with an extensive network of Hungarian, Spanish and Latin American institutions, and in association with other European cultural institutes.

The Instituto Cervantes in Budapest offers a wide program of cultural activities that includes the best of literature, film, performing arts, plastic arts and contemporary thought and reflection.